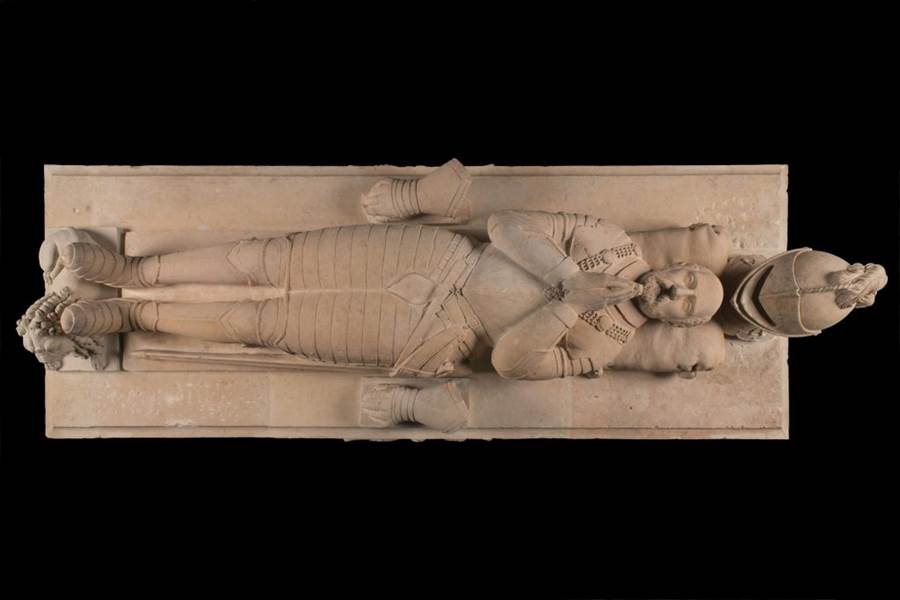 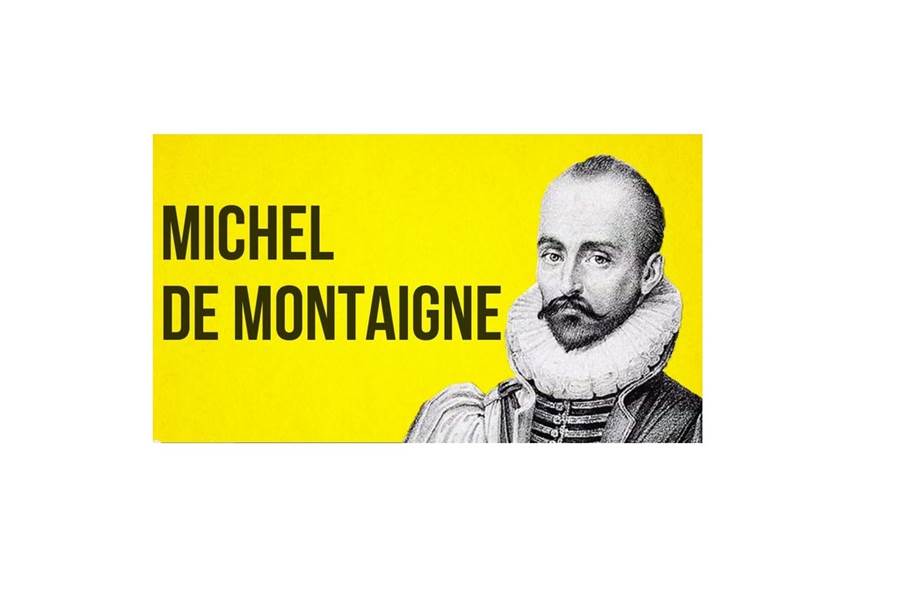 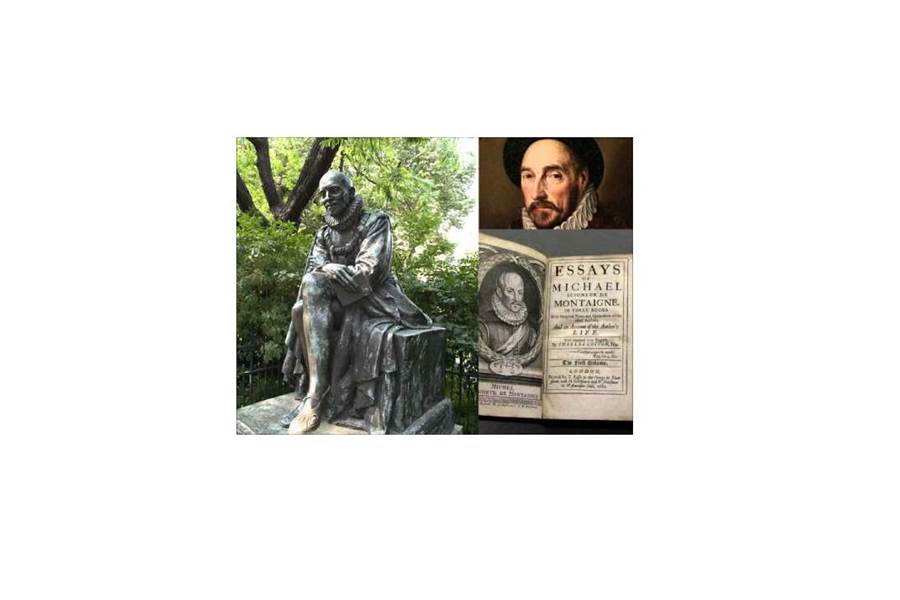 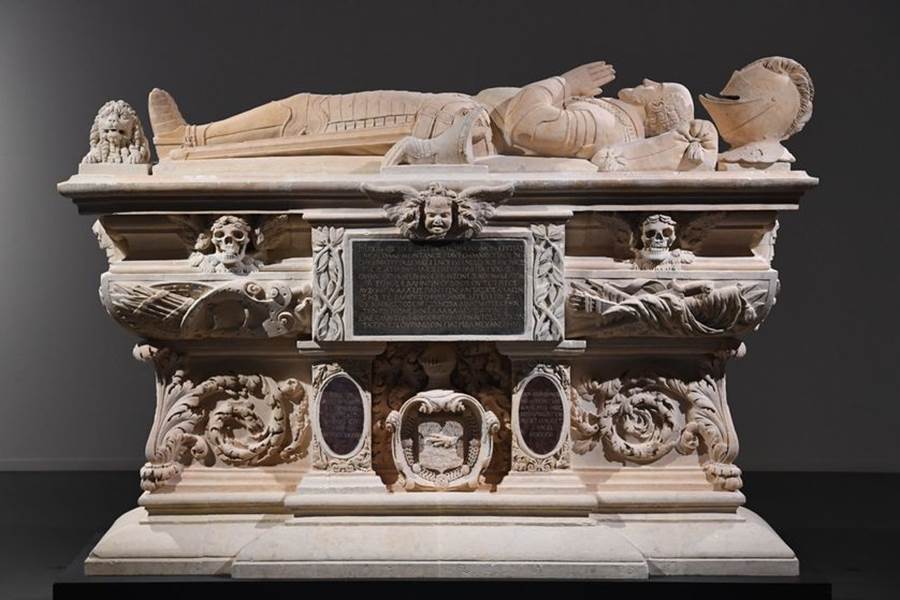 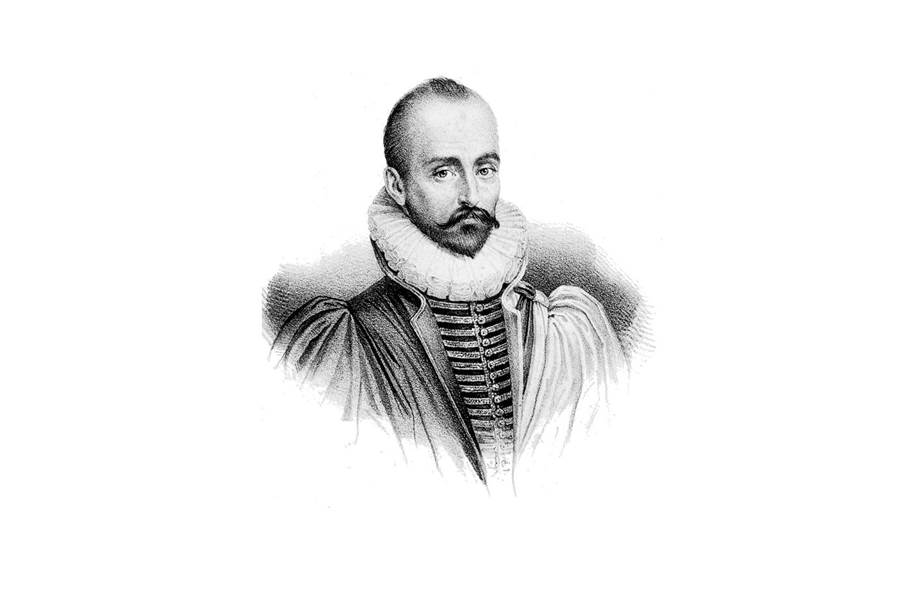 Born February 28, 1533 at the Château de Montaigne in Périgord, Michel Eyquem de Montaigne comes from a family of Bordeaux merchants.

His great-grandfather, Ramon Eyquem, acquired this 14th century fortified house in 1477, thereby achieving the noble status of Lord of Montaigne, which he would bequeath to his children and grandchildren.

Of these, Pierre Eyquem is the first to leave the family counter to come and settle in the Périgord house, which he has built and fortified.

From his marriage to Antoinette de Louppes, daughter of a Toulouse merchant, he had eight children, of whom Michel was the eldest.

Raised as a nanny in the small neighboring village of Papassus, the young Michel Eyquem receives on his return to the family castle an unusual education:Awakened every morning to the sound of the spruce tree "so as not to damage his tender brain", he learned Latin very early, which he spoke fluently at the age of seven, conversing quite naturally with the servants employed at Montaigne.

Schooled at Guyenne College in Bordeaux, he quickly shines there by his ease in practicing discussion and rhetorical jousting, and by his taste for the theater.

After studying law, he began his career in 1554 as an advisor to the Court of Aid of Périgueux, then to the Parliament of Bordeaux where he sat for almost 15 years.

It is therefore at the Ombrière palace that he meets Etienne de la Boétie, three years his senior, humanist and poet, author of the speech of voluntary servitude, a vehement hymn to civic freedom.

Their deep friendship will inspire this famous phrase in Montaigne; "Because it was him, because it was me" (Essay I, 28).

The untimely death of La Boétie, swept away by the plague in 1563, puts a tragic end to this noble affection, and leaves Montaigne in a great loneliness that his marriage in 1565 with Françoise de la Chassaigne, daughter of one of his colleagues in Parliament , will not come to appease.

From this tender and faithful union, "à la Vieille Françoise", six daughters were born, only one of whom, Eléonore, survived.

The death of his father in 1568, "the best of the fathers who were once," left him at the head of a large fortune and of the Montaigne estate.

He retired there two years later, after having sold his office as parliamentarian, with the aim of "resting on the breasts of learned Virgins in peace and serenity" and of spending there "the days which remain to him in live".

He then devotes most of his time to meditation and reading the thousands of works collected in his "bookstore", "beautiful among the village bookstores", fitted out on the top floor of this tower which becomes his den.

He often withdraws there, fleeing the family and professional constraints: "This is my seat. I try to make it pure domination, and to remove this single corner from the conjugal, filial, and civil community. ".

Appropriating the room, he engraved on the beams of the ceiling maxims of ancient skepticism and sentences taken from Sacred Scripture, which still today form a moving testimony of his humanist thought: "I am man, nothing what is human is not foreign to me "(Terence).

He also began to write down the fruit of his reflections, his "Essays", the first collection of which he published in two volumes in 1580: "I want people to see me in my simple, natural and ordinary way, without restraint. and artifice: because it is I who I paint ".

In order to treat his gravel, a hereditary disease, from which he has suffered for a few years, Montaigne decides to try thermal cures in famous spa towns across Europe.

He left his retirement in June 1580, accompanied by his brother and three other young nobles. After a visit to Paris where he presented his Essays to King Henry III, he went to Switzerland, then to Germany and finally to Italy.

He learned Italian there and obtained Roman citizenship.

He recounts his journey in his Travel Journal, the manuscript of which, kept for almost 200 years at the château without anyone knowing, was discovered in 1770 and published in 1774. The studded leather chest in which it was found is still visible in the tower room.

On September 7, 1581, a letter from France informed him of his election as mayor of Bordeaux.

Pressed by Henri III, he undertakes the return journey. Although reelected at the end of his mandate in 1583, his position does not monopolize him and he continues writing his Essays: in 1582 he publishes a second edition enriched with additions.

Appointed ordinary gentleman of the chamber of the King of France in 1573, Montaigne faithfully served Henry III.

After taking an active part in the civil war until 1577, the new mayor of Bordeaux maintained friendly relations with Marshal de Matignon, lieutenant general of the King of Navarre and by his negotiating and diplomatic skills, tried to bring Henri III together. and his brother-in-law Henri de Navarre, future Henri IV.

The latter even came to find Montaigne at his home on two occasions, in search of the wise advice that he did not fail to give him.

The master of the place then made room and board available to the future king and his suite, and for their leisure, the two men set out to hunt deer in the woods of the estate.

On the death of Henri III, the Béarnais then becoming the legitimate King of France, Montaigne showed his attachment to him.

His political responsibilities did not prevent him from writing: At the end of his second term, in 1585, he returned to the task and prepared a new edition of the Essays which he published in Paris in 1588, together with a third tome.

It was on this occasion that he met a young girl from Picardy, Marie Le Jars de Gournay, with whom he befriended; a friendship made of tenderness and admiration which illuminates his last years.

Indeed, very weakened by its gravel, it remains most often in his bookstore where he prepares a fourth edition of the Essays which will not see the light of day until after his death, in 1595, thanks to the work of what he called his " daughter of the alliance ", Marie de Gournay, who thus ensured its posterity.

During the last two years of his life, it was from his bedroom on the second level of his tower that he listened to the services celebrated in the small seigneurial chapel on the ground floor, thanks to an acoustic duct fitted in the wall, no longer having the strength to descend his stairs.

On September 13, 1592, feeling his last moments arrive, he summoned his closest neighbors to him in order to take leave of them.

In their presence he had a last mass said and breathed his last at the very moment of the Elevation. He is 59 years old.

"What do I know?" was his motto and when he was asked where he was from, he replied, following the example of Socrates: "I am of the world", refusing any geographic label and by the same token any discrimination between men.

He was not riding on the principles of a narrow rigor, but much more inclined to the tolerance between the beings and to the respect for the difference as social as religious.

He laid the first foundations of Humanism, this current of thought which wants society to be made to serve Man and not the other way around; this philosophy which puts people back at the center of reflection and which leads to respect for others.

Defender of the need to communicate, he was steeped in the spirit of justice and equity and has always advocated dialogue as a remedy for violence and reflection as a prerequisite for action.

Montaigne is known for having written ""Les EssaisFrom 1572, when he retired from public life, until his death in 1592.

Montaigne praises life there. It deals with various themes in no specific order, such as: horses, friendship, death, medicine, marriage, illness etc. They are philosophical reflections on one's own life and on man. Indeed, Montaigne is above all a humanist.

It is a unique and universal book that accompanies us throughout our life as an old friend. "The Essays" are the description of a passing life. Each reader can recognize an idea or a part of his existence, because the Man presented by Montaigne is modest, common and not heroic. Through the analysis of his own existence, he wants to understand "What is man in general".

After reading passages from the Essays, some will think : "But how did he know all this about me?"

At 38, just retired from his political life, his essays show that Man is not himself in public life, the world and the profession. It is in solitude, meditation and reading that it really reveals itself. It is a way of understanding who he is, but also a way of controlling his anxieties encountered in this solitude. This spiritual illness was called melancholy. The loss of his best friend, Etienne de La Boétie, not having fixed anything, Montaigne finds a remedy: writing.

He therefore keeps the accounts of his thoughts and his delusions in order to put them in order and gradually regain self-control.

To those who do not dare to start reading the Essays, we can give the advice that Gustave Flaubert gave to a friend who did not know how to approach Montaigne:

But do not read, as children read, to educate yourself. No. Read to live.

Sources: Sarah Bakewell ""How to live a Montaigne life in one question and 20 answer attempts"". 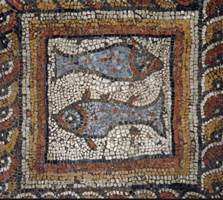 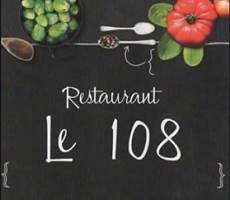